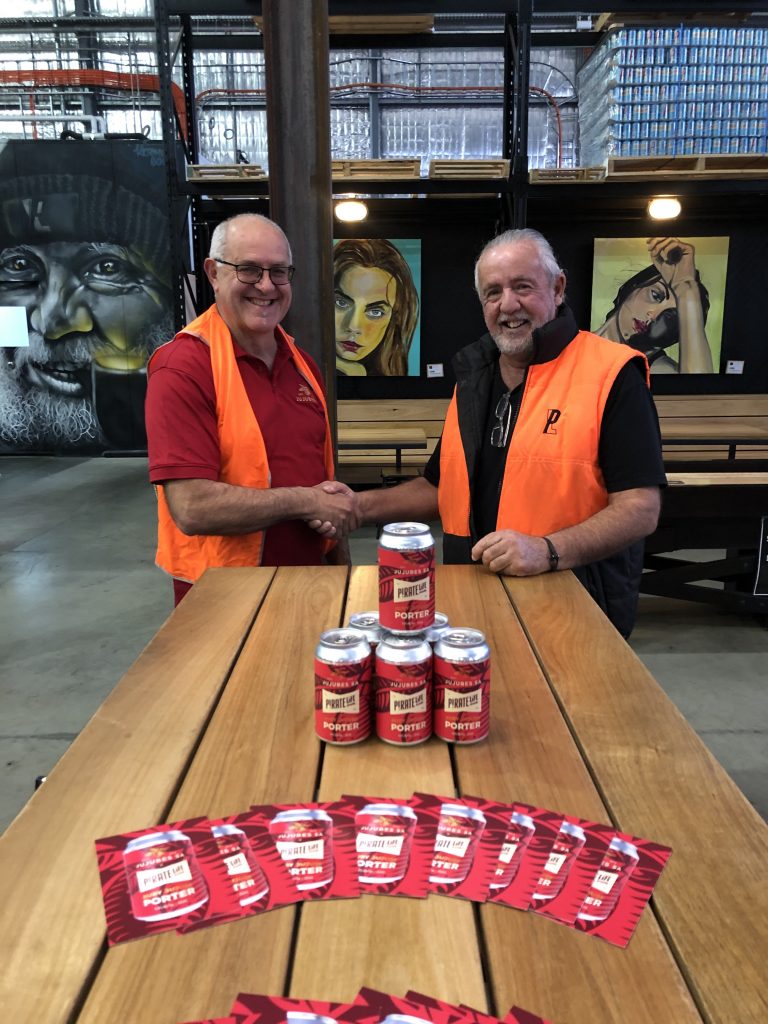 Where do we start…?

The first idea of making a beer with jujube as an ingredient came about when we were cleaning seedstock. After soaking the wild ziziphus jujube fruit in a bucket for a number of days, I could hear a fizzing sound. You guessed it……..the fruit was naturally fermenting away!

Immediately, I called out to Jody and said,

Then excitedly, both Jody and I shouted, “Well, what about a beer?!!”

This then led to Cameron Larkin (an old school friend of mine with several contacts in the alcoholic beverage industry) putting us in contact with the Craft Beer Banter boys, Chris and Andy. Chris is an award-winning home brewer and he was keen to trial the first small experiment of a jujube stout which was brewed using a pure jujube concentrate in a syrup form and an extract powder.

Our dream is to have a small line of jujube beers that would be available to the Australian public and potentially the world. Jody and I were fortunate enough to be put in contact with Matt at the Pirate Life Brewery through a friend of ours in the building industry, Daniel, from Sagle Constructions.

After our first meeting with Matt and head brewer, Lewis, we knew that we were in the right place. Jujubes are an unfamiliar fruit and ingredient when it comes to brewing a beer here in Australia but, being innovative and experimental are some of Pirate Life’s many strengths.

In all honesty, at first glance, Lewis wasn’t exactly ‘blown away’ by the red date. This was until we further educated him on the different flavour qualities of the crisp, apple-like texture of the fresh fruit; the opposing caramel, chewy, date-like characteristics of the dried jujube fruit and using processed jujube products like a pure jujube concentrate in a syrup form with a date/caramel/port-like flavour profile. After sampling the jujube products, it was now apparent with Lewis that we may be onto something!

We then met MC, who is the original founder of Pirate Life. MC had prior knowledge about the jujube and experimenting with this product in a beer was something that he was wanting to explore.

The timing was perfect!

Fast forward to today and the Ruby Jujube Porter has been brewed, canned, kegged and ready to hit the mainstream market around Australia. Although we aren’t beer experts, for us, the porter style is the perfect middle ground between a heavier stout and say a pale ale, or an amber. As this beer is lower in hops, I can definitely recognise the slight date-like flavour of the jujube concentrate with a comforting hint of chocolate and a silky, smooth mouth feel.

Jody and I couldn’t be happier to work with such an awesome crew at Pirate Life. We’d like to thank MC, Matty, Lewis, Jack, Aito, Mike and the whole team at Pirate Life for bringing this idea to life with us.

It’s been an awesome journey so far and we’re excited for the future of the jujube beer and the rising jujube industry in Australia as a whole.

Cheers and we hope you enjoy the beer,